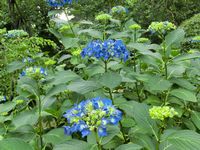 I borrowed a book from Ms.Y. but I was concerned   that I might make the book dirty. “Don’t worry about that.”, she said. “I lend you books insted of throwing them away. I don’t want to have books I have already read at home. I always want to clear out my place.”

Hearing what she said, Mr.Y. said to me “Oh! Her character is the opposite of you. You have many things at home and there are many books and papers on the table.” as he had visited my house and seen the room before, he touchd a sore spot.

The beauty of Japanese tidy room

I contradicted him saying  “Not only I but my family should take the blame for messing. There are four people in my family, so I will take a quater of the resposibility for it and if you are worried about things on the table, would you help me to tidy it?”  “Yes.”, he said, “What shall I do?” I answered, “Please take two corners of the table-cloth. I will have the other two corners of it and let’s take it with the contents to the next room. That will clean it.”

Mr.Y. was amazed to hear that. No to worry. I am sure to clean the room and things on the table… someday.

Since the 11th March 2011, I have seldom seen women wearing skirts. Most of them wore slacks. The colour of them was either black or grayish, in other words, rather dark.

When I saw people’s dark clothes in the train, I sighed, but these days, the appearance of clothes has changed gradually.  I began to see especially the young wearing skirts. Some are wearing mini skirts. The colour is not showy, but gentle bright colours like pastel colours.

Seeing these made me happy and I thought I want to wear skirts or a dress also. At first I must buy a slip. So I went to three shops to buy it. But every saleswoman said, “We have no slips, but there are petticoats.”  I said, “I was very surprised to hear that. The times have changed?”  A saleswoman said feeling pity for me, “Many women like you said the same thing as you.”

I was relieved to hear that, knowing that there are other Urashima Hnako the same as me. 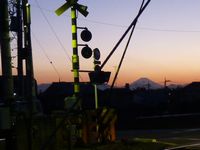 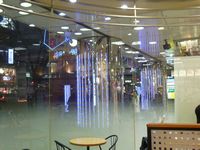